Hello Wembley! The Rockstars of Stokenchurch Primary have just about recovered after a day of Rock ‘n Roll followed by a week-long world tour. For those of you who are still slightly confused we are of course talking about our Rockstar themed Creative Maths Day.

On Monday 14th January children (and willing staff) arrived to school in jeans and sunglasses along with a plethora of rock themed accessories; not really sure what a full day of maths would bring. However I can personally say that children of all ages were surprised and excited by the activities, which they eagerly took part in. In this blog I hope to give you a flavour of what went down for one day only at the School of Rock (Stokenchurch Primary School). 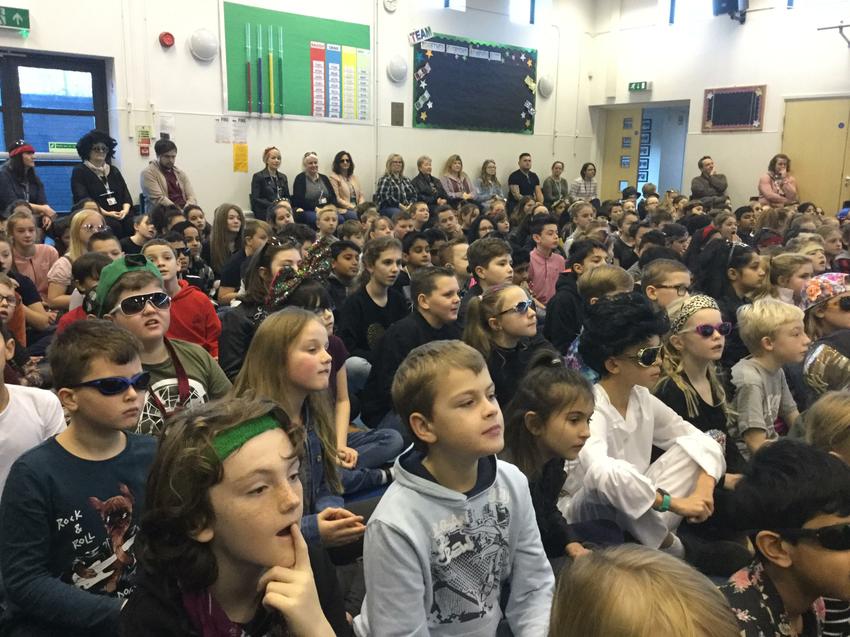 All the Rockstars gathered in the hall to start the day off with a bang! A special thank you must go to Dallas La Rock (Wyatt 6D) who wowed children and staff alike with his exhilarating times table recall as children entered the hall. After this Mr. Thompson revealed his backing band along with their Rockstar Times Tables rock speeds:

During the assembly children also found out what would be going on across the school. Furthermore they were also set a variety of problem solving challenges. Including discovering who the better guitar play was. Mr. Thompson or Mr. Birdseye. Needless to say it was a very close competition.  Children were now very excited and ready to go back to class and do lots of maths! 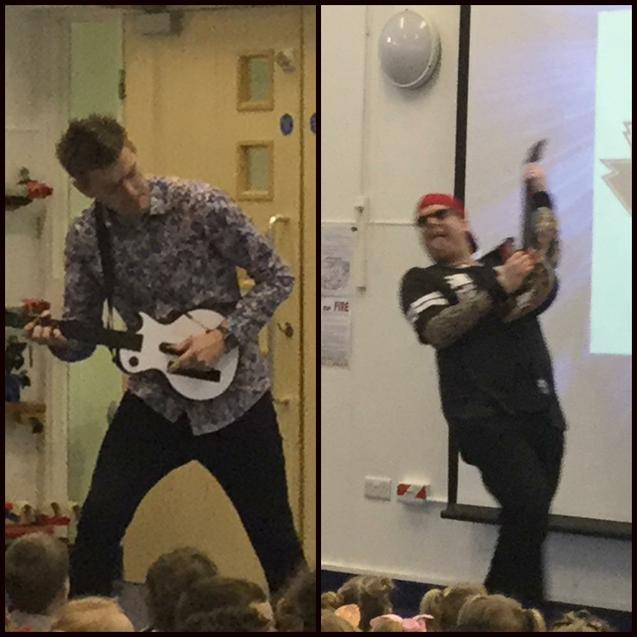 F1
Even our youngest children enjoyed taking part in a variety of rock themed activities. This included a shape themed scavenger hunt: 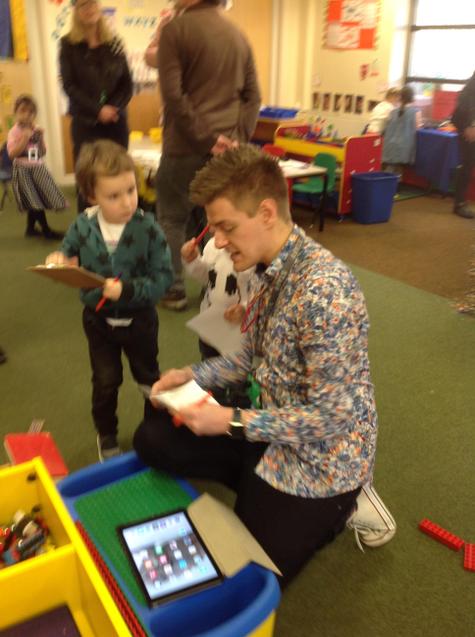 Children in F2 looked at a variety of different instruments and even setup their own Rock merchandise store, developing practical skills of using money. They also got a chance to work on patterns: 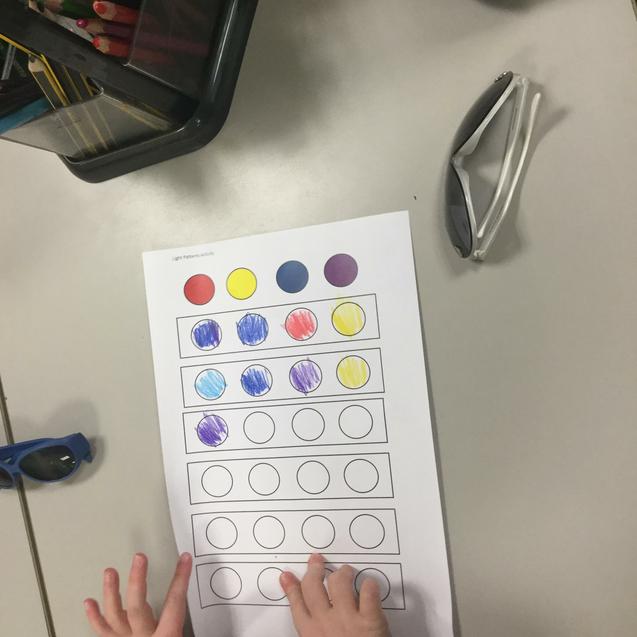 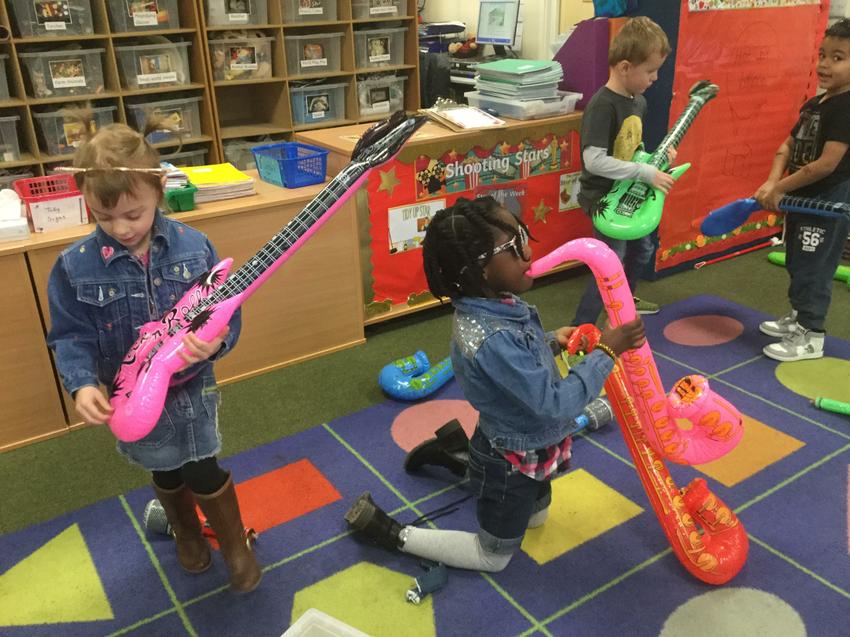 Year 1
In Year 1 children were working on lots of different areas of Maths. They took part in a survey looking at their favourite musical instrument. Furthermore, they had to think about combinations of money and keeping to a budget. Mrs Saunders ensured that no one went over their 20p limit. 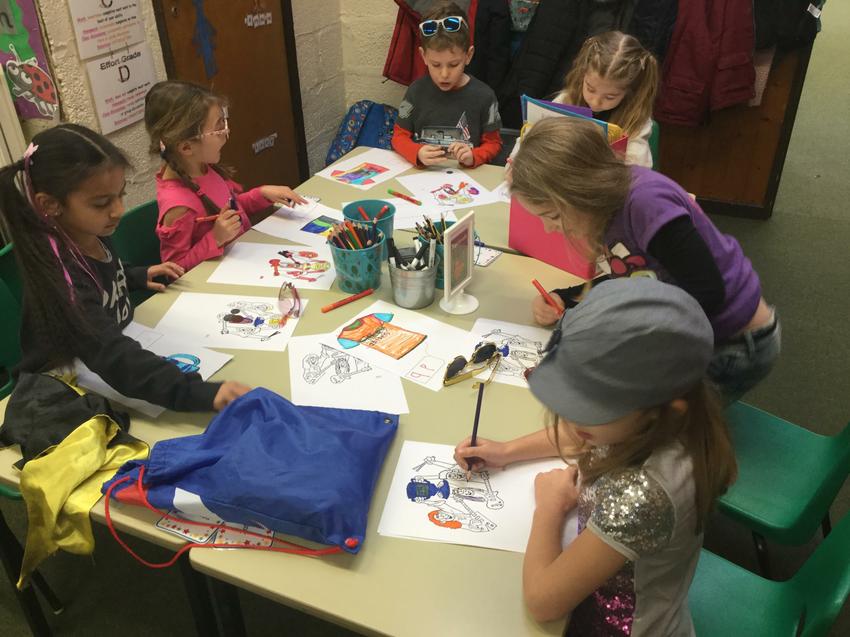 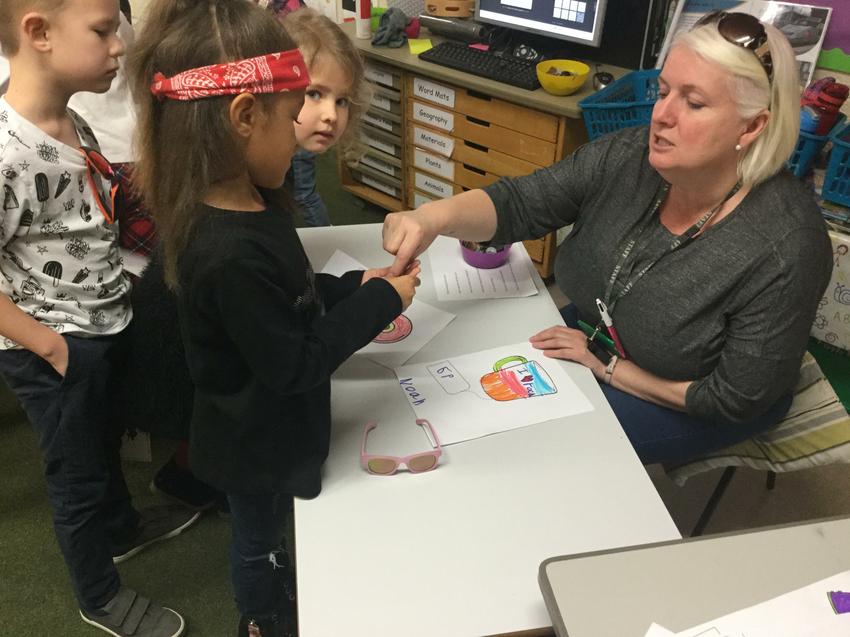 Year 2
The Rockstars of Year 2 had a blast creating their own counting songs, which they performed to the rest of KS1 and FS at the end of the day (accompanied by Mrs Brand). They also developed some creative guitar plectrums using symmetrical patterns: 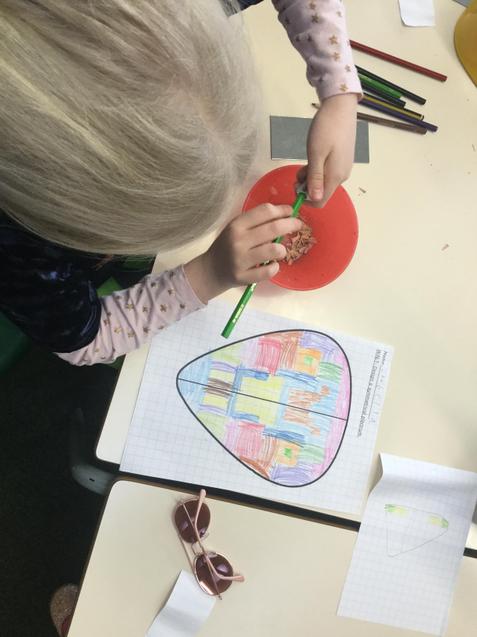 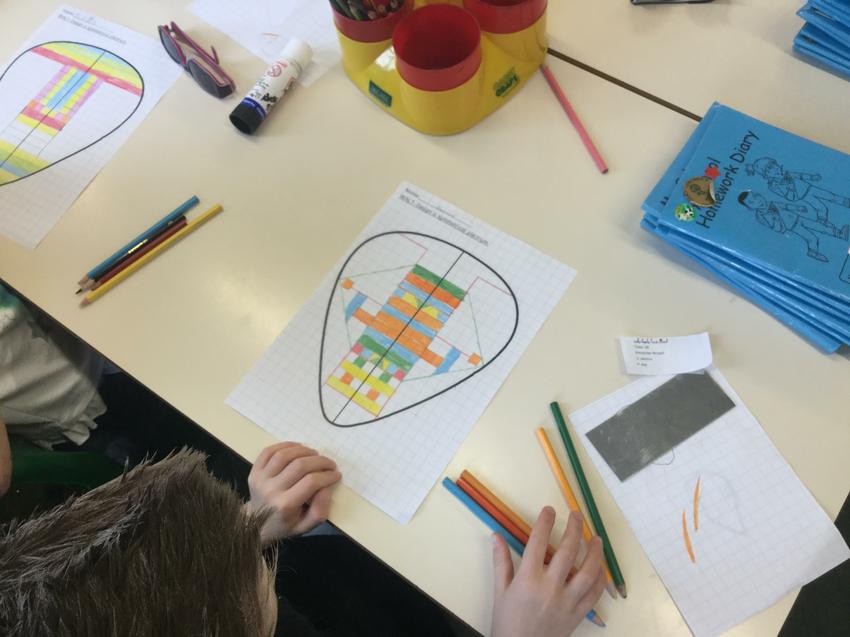 Year 3
In Year 3 the creativity was definitely flowing with children taking part in several shape themed tasks including designing their own Rockstar outfits. Children had to keep to a budget as well as use their adding and subtracting skills. Their Rockstars really did look the part: 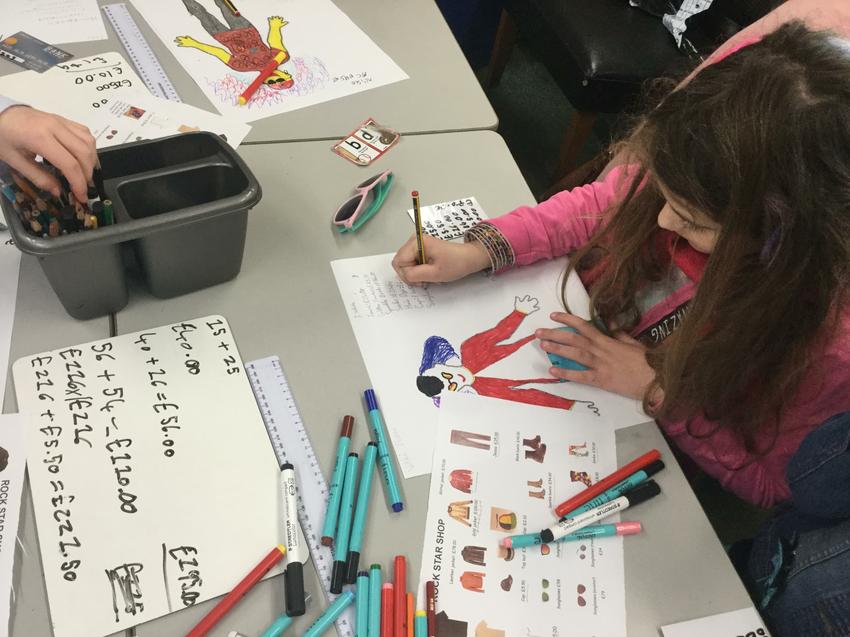 Year 4
Not only did Year 4 look the part; they covered lots of different Rockstar themed activities too. Work included looking at repeating patterns and money. However the most challenging task was organising the Rockstars themselves. After being given a list of all the musicians that had been booked for an upcoming festival the children had to ensure the Rockstars all knew when to make their grand entrance. A very tricky task, considering management had given those times in a variety of different formats. Despite this they worked together to produce the line-up and turned these into some very fashionable lanyards for those attending the festival. 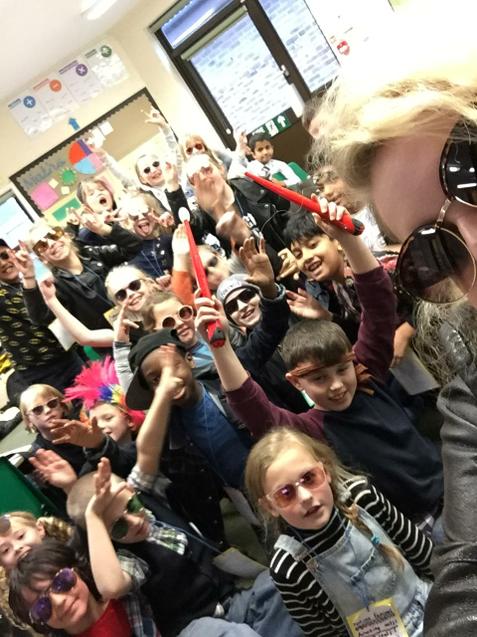 Year 5
Pupils in Year 5 were taught how to use Transposition Ciphers in order to crack alphanumerical codes. They were all eager break the codes to help discover which songs had been hidden and were due to be performed. Next children had to create an album cover thinking about reflective symmetry: 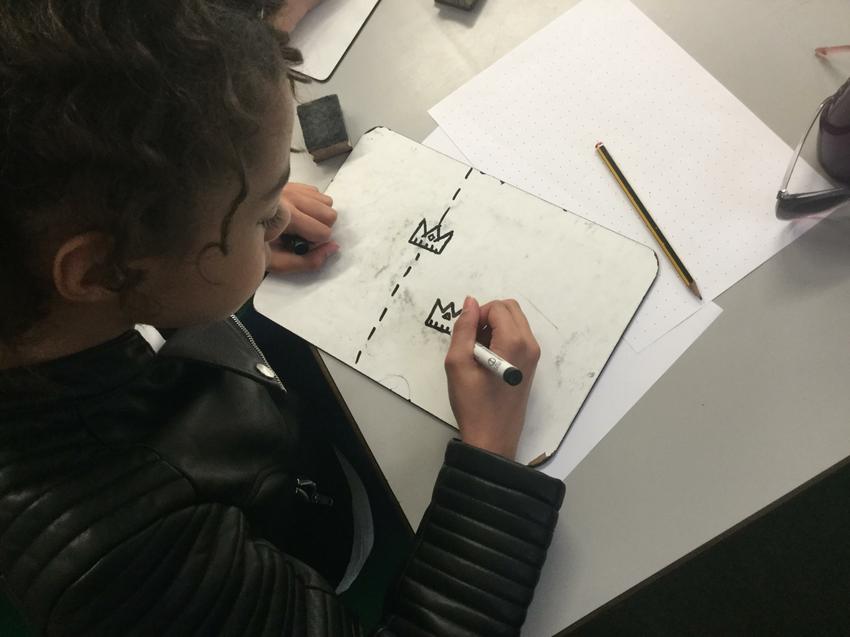 Year 6
Our oldest and most wise rockers were set what must have seemed like the impossible. They had to organised an amazing world tour.  Tough choices had to be made like: whether to stay in a tent or a luxury apartment. Children had to work in groups to figure out the best route to take alongside a variety of other problem solving aspects. At the end of the day children presented their groups ideas: 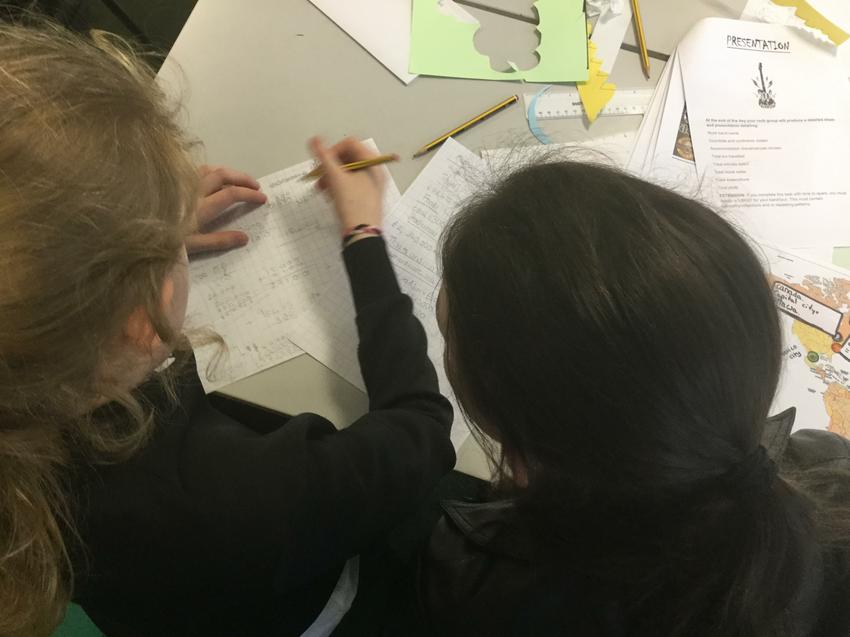 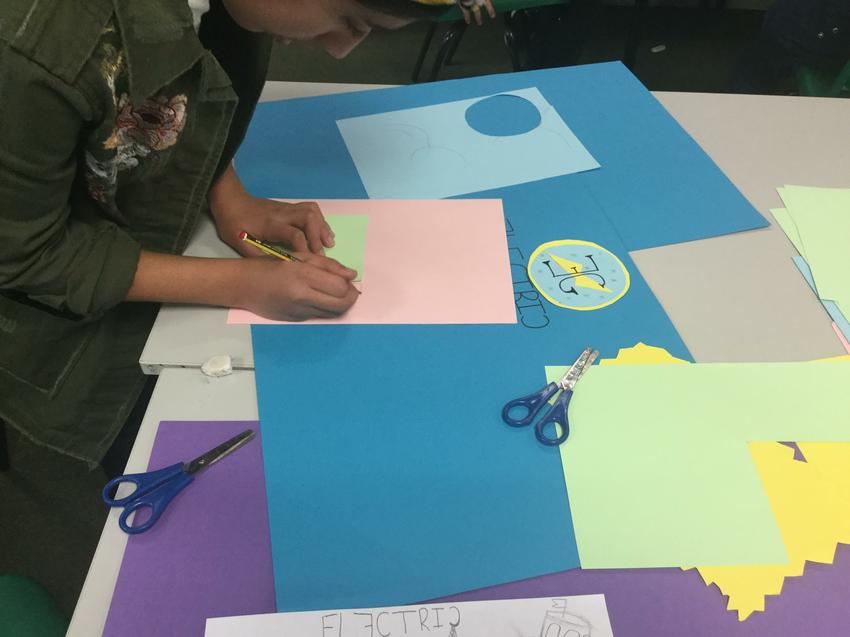 Rockstar TT
One of the main inspirations for Creative Maths Day was the amazing system that is Rockstar TT. During the day itself the first ever Stokenchurch ‘Battle of The Bands’ began. Every child in Year 2-6 got a chance to practice their tables using the Rockstar TT website in the ICT suite (assisted by the power of Rock music): 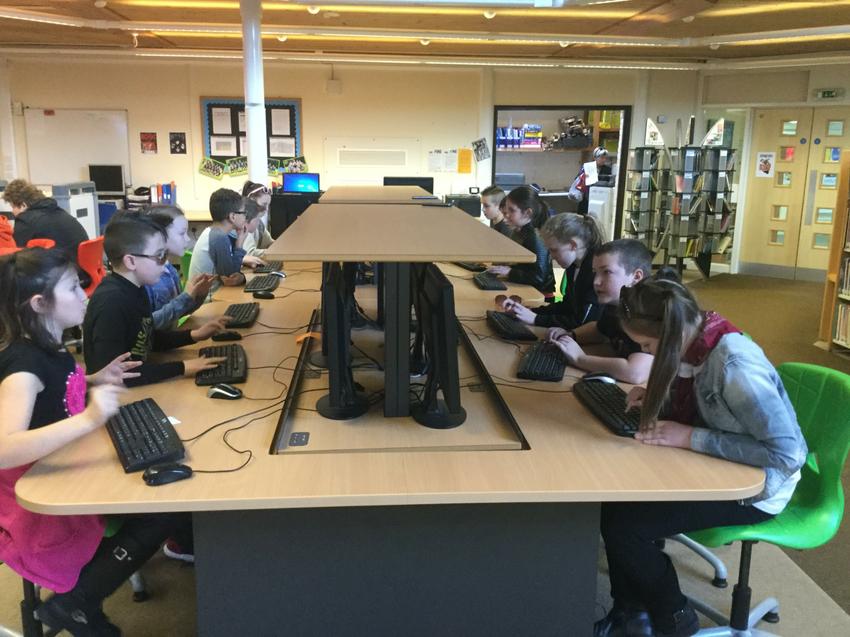 Over the week all staff were astonished by the response from children and their eagerness to improve their own times tables skills. The scores kept on changing constantly, even up to the last minute, but of course there had to be a final result:

Further congratulation should also go to top 3 players in each class or the MVPs who all received a certificate at the end of the week: 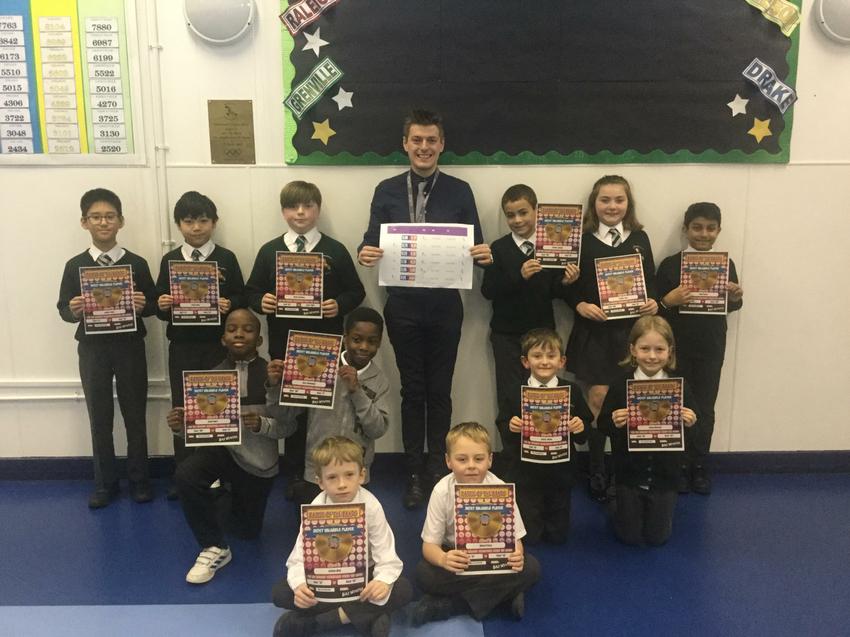 Finally I would like to say a huge thank you to all children, staff and parents for fully supporting Creative Maths Day.  I would like to leave you with some final snippets of information regarding the schools use of Rockstar TT:

Well done everyone, I very much look forward to our next Battle of The Bands, coming soon… 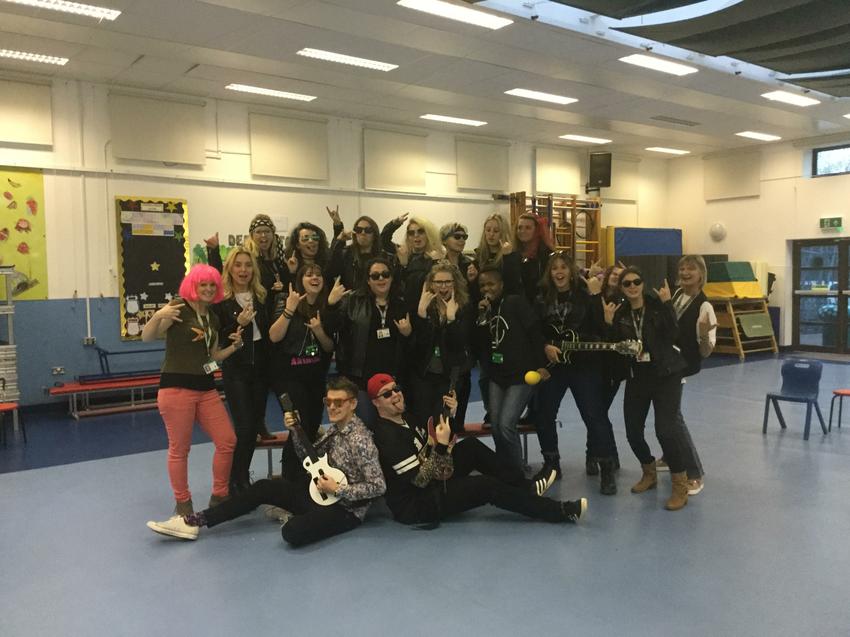